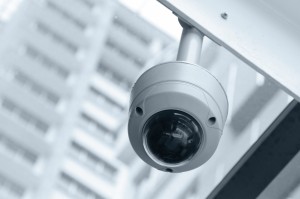 It might not be easy for all to comprehend the meaning of jargons related to CCTV. So, here is a comprehensive glossary, to explain many of the aspects of Closed Circuit Television in a jargon-free way.

AGC (Automatic Gain Control) – It is an electrical system which increases the video signals in low light conditions.

Angle of View – It is the angular extent of a given area that is covered by a picture. If you wish to cover a wider area through your security system, then such a camera and lens combination should be selected which has a higher Angel of View.

Attenuation – It means the loss or reduction in an electrical signal, occurring due to absorption, scattering or interference.

Aspect Ratio – It is the ratio between the height of the picture frame and its width.

Automatic Iris Lens – It is the lens which automatically opens or closes so as to maintain proper light levels on the CCTV instrument.

Buffer – Buffer is the material that surrounds the fibre to shield it against physical damage or harm.

Crosstalk – It is an unsolicited signal which affects the video signal.

Dwell Time – It is the time duration for which a switcher holds a camera before switching to the next camera in the arrangement.

Frame – It is a comprehensive image made up of horizontal and vertical lines.

F-Stop – F-Stop is basically a term representing the speed of the lens.

Ghost – It is an image with a shadow or unclear picture.

Ident – All the characters that are created on a video signal are included in the Ident, such as titles, time and date, etc.

Incident Light – This is the amount of light which is on an object.

Lux – Lux is a unit of measure which determines the intensity of a light source.

Monochrome – A Monochrome is a black and white image. Monochromes are usually suggested for use with cameras that are placed outside your workplace or home, simply because they have superior picture resolution during night-time.

Monitor – It is a device which displays video signals to be watched by the user of the security system.

Pinhole Lens – This type of lens is generally used with hidden cameras.

Quad – A Quad is a device which shows up to four cameras on the screen of the monitor at the same time.

Roll – It is the loss of vertical synchronization which often results in the image being distorted and causes it to move up or down on the monitor.

Screen Splitter – It is a device which displays the views from two different cameras on a single screen simultaneously. The split can be set horizontally, vertically or in such a manner wherein one image is placed into another.

Time-Lapse Recorder – This is a video recording device which reduces the speed at which images are recorded.

Every 45 seconds there is an attempted burglary. Every 76 seconds, these intruders are successful.

Your CCTV Surveillance is out of date!!